Heating and cooling in Slovenia

The target community and the follower communities are located within the rural area of north eastern Slovenia. As such they have especially high RES potentials. The communities are aware of the potential of small scale RES DH projects and there are numerous small settlements where such projects would be highly important (replacing inefficient biomass heating and expensive heating oil heating). 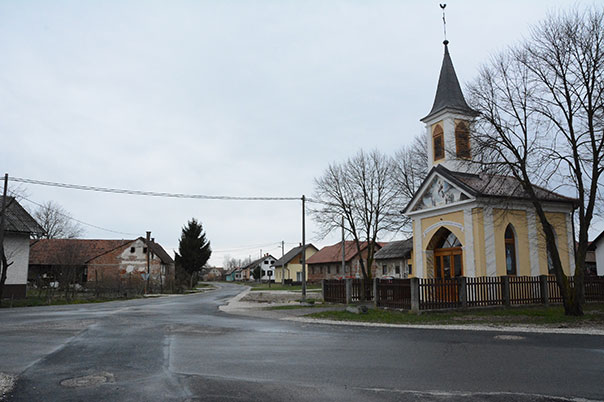 The target community of Ljutomer includes almost 12,000 inhabitants in more than 40 settlements. The municipality represents a typical community in Slovenia. With one larger city of Ljutomer (almost 3,500 inhabitants) and a set of smaller dislocated communities. The municipality has large agricultural areas and rich forests. The predominant heating resource in the municipality are wood (used in predominantly old and ineffective individual stoves in rural areas), heating oil (used in individual heating, heating of larger objects and heating of larger residential buildings) and natural gas (being used in newer buildings, replacing especially heating oil). There are no district heating and/or cooling networks in the municipality. Whereas the concept of small district heating/cooling is very important for the municipality as it can represent an economic, green solution for replacing many existing (individual) heating devices which are becoming outdated and will have to be replaced in the following years. One of the target areas of the CoolHeating project in the Municipality of Ljutomer is a relatively developed village of Cven.

Cven is a village in the Municipality of Ljutomer in eastern Slovenia. The area traditionally belonged to the Styria region and is now included in the Mura Statistical Region. It has 589 inhabitants, 226 houses and 43 businesses. Potsherds and human remains from antiquity have been found in the settlement, testifying to early settlement in the area. The village was sacked during a peasant uprising in 1704, and the castle was also burned and never rebuilt. Cven Castle was surrounded by a meander in the Murica River on three sides and protected by a moat on the fourth side. Cven was known for horse breeding from the mid-19th century until the Second World War. Horse races were held as early as 1850 along the road from Ljutomer to Križevci pri Ljutomeru, and a horse racing society was established in 1875, which also set up a racetrack in Cven.