Heating and cooling in Croatia

District heating represents approximately 14% of the overall heat supply in Croatia with 14 companies operating district heating plants in 19 cities and towns. By far the biggest district heating operator with a share of about 85% is HEP – Toplinarstvo, a publicly owned sister company of the national power company, HEP group. The majority of systems present in Croatia could be classified under the so called second generation category due to the fact that the heat networks use pressurised hot water with supply temperatures well above 100 °C as a heat carrier. This is still necessary due to the condition of the building stock in the country. The most common energy source in Croatia for district heating purposes is natural gas, approximately 80-85% depending on the season, followed by heat oil and a negligible amount of renewables in the form of one geothermal and one biomass plant. Three district heating plants utilize cogeneration, two plants in Zagreb and one in Osijek, while the rest are heat only. Most of the consumers in all of the cities are households. District cooling as such does not exist in Croatia yet.

The biggest issues facing the district heating sector in Croatia are the average age of the system, gas prices for households and, most crucially, the condition of the building stock in the country. Since most of the building stock does not have adequate heating insulation, usually resulting in a heat demand of 150-250 kWh/m2 annually, the supply temperature in the system has to be kept at higher levels, well above 100 °C. This coupled with an old supply system results in fairly high energy loses and, in cases where domestic hot water is supplied, much higher differences in summer and winter operation than necessary. Due to all of this and the very low gas prices for households, district heating is perceived as expensive and inefficient by the general public. 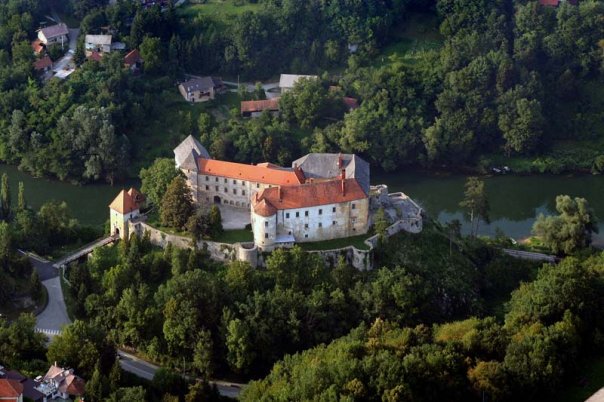 The town of Ozalj is situated in the north-west part of the Karlovac County, and it occupies an area of 179.4 square kilometres where numerous picturesque villages and hamlets are located, home to 6,837 inhabitants (2011 census). The Ozalj area is located along the lower course of the Kupa River and its right confluent, the Dobra River. It is characterized by an interesting geographical diversity – picturesque regions of south spurs of Žumberak mountains, smooth hills of the Vivodina-Vrhovac vineyards, wide and fertile plains near the Kupa River and 9 Šljunčara lakes full of fish. The highest peaks in the area are Vodenica (537m) and Sveta Gera (1,178 m).
The town of Ozalj has a great interest in improving their energy situation, in order to make it more efficient. This could be achieved by improving public city lights or the heating system for public buildings or private homes. In the last few years there have been a few initiatives for biomass district heating systems that would be used to heat public buildings, private homes and a part of the industrial zone. Unfortunately, until now these initiatives have not yet been followed through. In that context, the CoolHeating project gives an additional mechanism to optimize the ideal fuel and technology mix for the future district heating options in Ozalj.