Heating and cooling in Bosnia-Herzegovina

Large district heating systems exist in Bosnia and Herzegovina in larger cities. There are also a number of small district heating grids, built in smaller cities and towns for schools, buildings or blocks of buildings. However, these systems are often old (more than 30 years) and operate mainly on fossil fuels. Many consumers have individual solutions for heating as well, using fossil fuels or wood in their own household boilers, or electricity for heating. 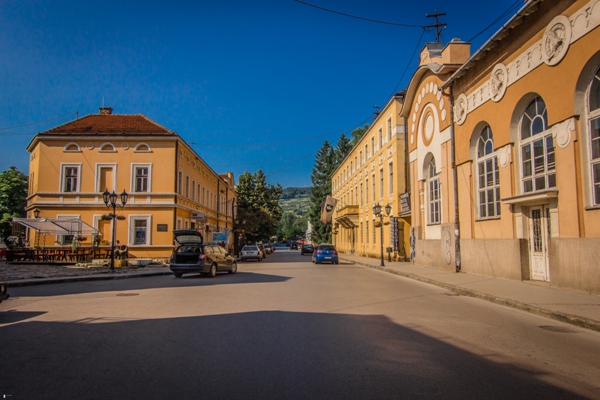 On the other hand, there are several other examples of district heating systems as well, such as those based on waste woody biomass that have recently been constructed and put into operation, like in Livno, Gracanica and other cities. In addition, many cities and towns have plans for the construction of such heating systems, to eliminate pollution and improve the cost-effectiveness of the heating solutions (Visoko, Zivinice, Gorazde and many others). Some current examples of good practice are listed below:

Biomass Heating - Eko-Toplane, Gracanica
Eko-Toplane (http://www.eko-toplane.ba) was put into operation in 2008. The plant is operated on biomass and is adjusted to meet the needs of local communities for the supply of heat, both in industrial plants and in private residences. The heat is produced in a biomass boiler with a capacity of 6,000 kW. As an alternative for peak load operation a fuel oil boiler is installed as well. The network of the heating system has a length of about 14.5 km with a tendency of further expansion. The heated surface area currently amounts to approximately 55,000 m2.

Biomass Heating - IEE Toplane, Gradiska
IEE Toplane Gradiska (http://www.ieegroup.net/projekti.html) was put into operation in 2014. The plant is operated on biomass and provides heat both for private residences and office spaces. The heat is produced in two biomass boilers with a total capacity of 12,000 kW. The heated surface area currently amounts to approximately 120,000 m2.

Hybrid Solar Collector/ Biomass Heating - Sports Hall “Dalibor Perkovic - Dali”, Livno
The project of the reconstruction of the Sports Hall “Dalibor Perkovic - Dali” was selected as one of ten USAID 3E projects. The letter of intent for its implementation was signed in November 2011 and the project inaugurated in November 2013. The sports hall was connected to an existing district heating network based on biomass boilers. Solar thermal panels were installed on the roof for domestic hot water heating. To reduce heat loss, new windows and doors were installed, parts of roof covering replaced, and the facade additionally thermally insulated. The installation of a Monitoring and Verification System for heat consumption should additionally contribute to improving the energy efficiency of the building.
Links:    http://www.sustainable-energybih.org/27-11-2013-sports-hall-inauguration-in-livno?lang=en and http://pdf.usaid.gov/pdf_docs/PA00K5JZ.pdf

Hybrid Solar Collector/ Biomass Heating - Student Centre, Mostar
The Student Centre Mostar introduced the project of solar collector heating in 2012. Besides the solar collector, the Student Centre uses pellet stoves as well, activated at times when the solar collectors are not operated. The students are herewith supplied with 24-hour hot water and heating. The overall aim of the project was to reduce power consumption and improve the student standard. Given the number of tenants (550 students during the academic year), the project provided substantial savings. Previous costs associated to average annual energy consumption amounted up to 500 KM per person, while today they are reduced down to 185 KM per person, with the aim of further reduction. (http://scm.pogled.ba/clanak/veliki-rezultati-projekata-ustede-elektricne-energije-u-studentskom-centru-mostar/38387)

CoolHeating will overall aim at helping facilitate cost efficient solutions and positively affect the environmental impact of existing heating solutions in many cities and towns in the country. It will directly have an impact on the reduction of harmful emissions and offer opportunities for new job creation, improving the social situation in the municipalities. By comprising environmental, economic and social aspect, CoolHeating will contribute to the overall sustainability in the field. At the end, all mentioned benefits should help the national government in fulfilling requirements of increasing Renewable Energy Sources in final energy consumption and improving energy efficiency.

The Municipality of Visoko is situated on the crossroads of the Sarajevo-Zenica industrial region. It is a settlement with an important cultural and historical past. The convenient geographic location, favourable climate conditions, plenty of woods and current waters were the reasons why this area was inhabited ever since the ancient times. The oldest traces of human life here date back to the younger Stone Age, while on the fertile river terraces of Bosna and its tributaries many Neolithic sites were found. Having such convenient geographic and economic conditions, the Visoko basin developed into one of the main political, economic and cultural centres of the medieval Bosnia state. Visoko has a status of a royal town, while its name was first mentioned in the 1355 charter issued to the merchants of Dubrovnik by ban Tvrtko I.

Today it has a well-developed business environment and contains several business zones:

More information can be found at: http://www.visoko.gov.ba/

The Municipality of Visoko is strongly interested in developing a district heating system and finding a more sustainable solution for heating. As a source of heat, bio-waste as well as waste heat from the Power plant Kakanj, which can operate in co-firing (coal-biomass) regimes and is situated 9 km from the town, is considered. At the moment part of the town is covered by a gas distribution system, so natural gas is used for heating to a certain degree. The rest of the Municipality uses coal or wood in individual small household boilers, or electricity for heating. Moreover, many consumers turn to individual solutions for heating (wood, coal or electricity), because of the price of natural gas.

Table 1-Basic information about the Municipality of Visoko

The proportion of the population heated by natural gas compared to other fuels (wood, electricity, pellets and other fuels) is 10:90. The largest number of inhabitants use wood for heating, which has an effect on increased deforestation. This project will directly contribute to raising awareness and educating the community about the benefits of alternative solutions. The project will as well directly have an impact on the reduction of harmful emissions, reducing air pollution and providing a healthier environment.